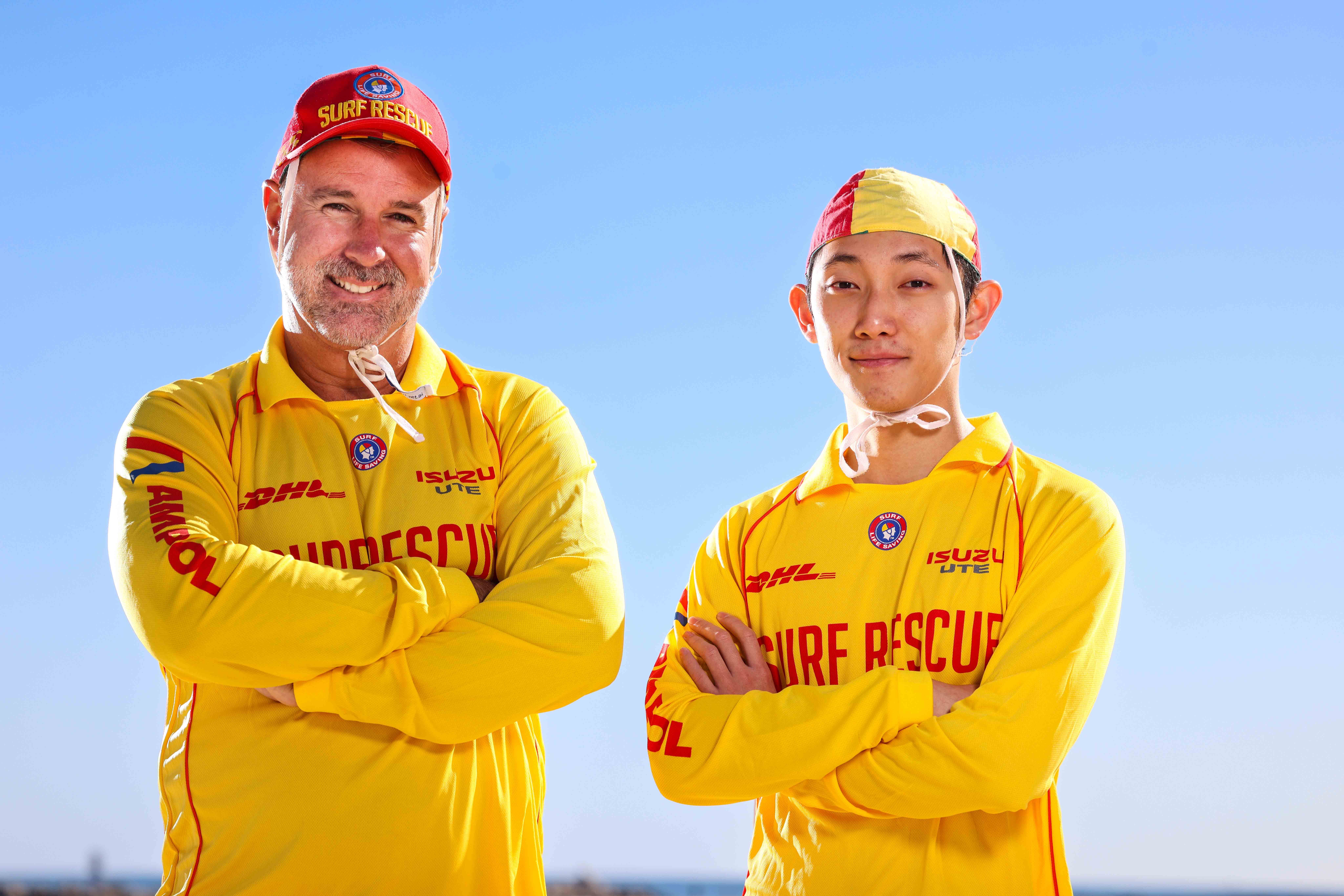 A miraculous story of survival against the odds

A surf lifesaver undertakes rigorous training to gain the skills and knowledge needed to respond in an emergency. Often that is on the beach or in the surf, but their skills also transfer beyond the coast out in the community.

Even though they are trained to save lives, they would much rather everyone stays safe, and their rescue skills are not needed. Unfortunately, that is not always their reality. Sometimes their worst fears are realised.

Dan Demaria, a volunteer surf lifesaver at Glenelg Surf Life Saving Club in South Australia was on patrol assisting with supervising Nippers on Saturday 26th February this year. The Nippers session had just finished, and all the Surf Life Saving Club members had jumped in the water for their club swim.

Dan and fellow volunteer surf lifesaver Tee Yee Chern were in an Inflatable Rescue Boat (IRB), idling behind the swimmers and keeping watch when Dan looked up and saw James, one of the Nipper Age Group Managers waving frantically to them.

James was directing Dan and Tee towards the breakwater – an area that is notorious for people climbing onto the rocks, slipping off and falling in. These dangerous conditions, coupled with a rip current have led to a number of drowning deaths occurring in this location over the years.

“The urgency of the situation hit me. The way James was waving, I thought, ‘there’s something serious here’. We took off at full speed – we were about 100 metres from the rocks,” Dan said.

Dan and Tee could see a man standing on the end of the rocks near the breakwater. They headed towards him in the IRB, expecting to have to ask him to get off the dangerous rocks. As they approached, Dan realised the man was signalling for help, waving them out to sea.

As they got closer, Dan’s worst fears were realised: about 7 metres off the rocks, they found a young woman face-down and unresponsive in the water.

“I thought, ‘this is the real deal’. All our training kicked in straight away like an automatic response. We immediately pulled the patient into the boat and put her in the recovery position. She was unresponsive and quite pale.

“Bringing her on the boat, you’ve got a lifeless body and it’s pretty daunting. It’s an image that stays with you,” Dan said.

Dan drove the IRB back to the shore, meeting James near the patrol tent. James also happens to be a paramedic, so Dan knew their patient would be in good hands. Lifting the young woman out of the IRB, James quickly got to work administering CPR. Water was coming out of her lungs with each chest compression.

Dan was helping to prepare the defibrillator when she started breathing again. They rolled her into the recovery position, allowing more water to drain from her lungs. It was evident that she had taken on a lot of water.

While they were resuscitating the young woman, other surf lifesavers were helping her sister, who had gone into shock thinking her sister had drowned. Surf lifesavers later found out that the young woman’s sister had gone into the water near the rocks to wade, lost footing and started floating away. Her boyfriend went in after her and also got into trouble. That is when the young woman Dan and Tee rescued went in for them both, however she could not swim and quickly started floating away. Fortunately, the sister and her boyfriend managed to get out and it was the boyfriend who signalled for help.

By this point, two ambulance crews arrived to take the young woman and her sister to hospital. She was conscious but quite incoherent and distressed. As the ambulance drove away, it was an emotional moment for the surf lifesavers involved.

“Once the ambulance took off, I teared up. I think all the adrenaline and the relief hit me. It was quite an emotional thing to come down from,” Dan said.

That night, Dan and Tee found out that the young woman was stable. A couple of days later, they heard that she had miraculously made a full recovery.

“It’s still an image that haunts me, I can see her face-down. Finding out she was okay was such a big relief. The first few nights I couldn’t sleep not knowing if she would make a full recovery.

“I heard that if she was in the water for another 60-90 seconds, she could have been brain damaged or worse. It was very lucky that we were in the water in the IRB at that time.

“Tee is from Malaysia and hasn’t grown up near the water, but he worked like absolute clockwork. The way he got the patient into the boat and held them was just brilliant,” Dan said.

When Tee isn’t out in an IRB saving lives, he is a PhD student, undertaking research for cancer cures. It just goes to show what an incredible and diverse group our volunteer surf lifesavers are, and what a commitment they have to saving lives.

The skill and precision shown by Dan and Tee in this rescue would make you think they had been doing this for decades, but it was in fact their very first rescue.

“I can’t overstate the quality of training we receive; everything you learn and the preparation you do, you hope you will never need it but the day you do it’s all there and it clicks in. The training works,” Dan said.

Dan urges all beachgoers to swim between the red and yellow flags at a patrolled beach.

It doesn’t bear thinking about what would have happened to that young woman if Dan and Tee were not on patrol that day. They know that it was the training and equipment that our supporters help to fund that made the rescue possible.

“If we had not had that IRB or it wasn’t running well, or we didn’t have training, we wouldn’t have been able to save her life. We had just taken delivery of a new IRB, so we knew we had really good equipment running. We can service it and keep it running at an optimum level thanks to donations. Your gift is vitally important to help fund the training and equipment to literally save lives. It may not have been the same outcome if we didn’t have it,” Dan commented.

Sign up for the newsletter and keep up to date.